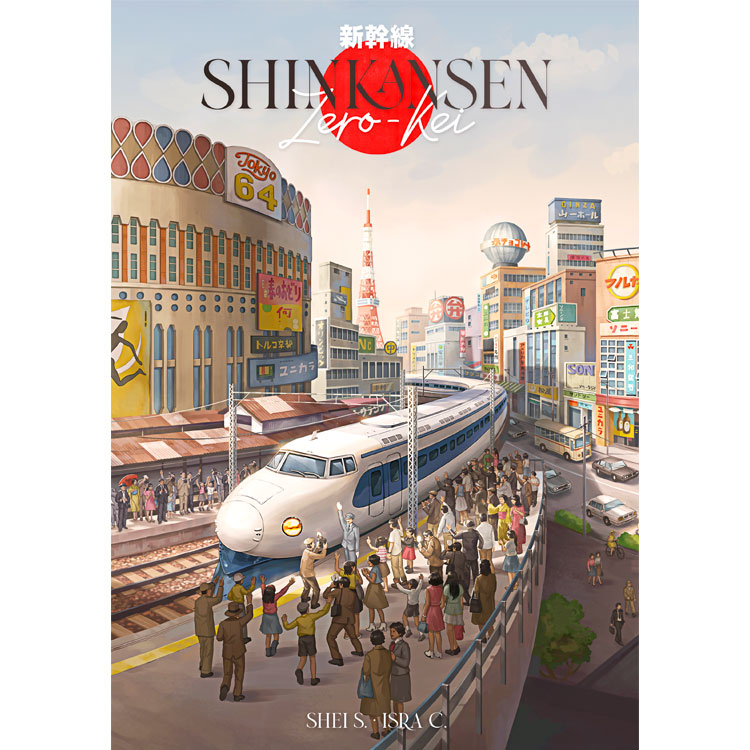 The TÅkaidÅ line of the Shinkansen began being built in 1959 with the aim of inaugurating the fastest train of the time, just before the 1964 Tokyo Olympics.

In Shinkansen Zero-Kei, the players will take the role of its builders. They will take charge of constructing this historic railway line and all its corresponding stations. They can also help the Olympic venues in their preparation for the Games. The player who proves themselves to be the most efficient in their role will be declared the winner.