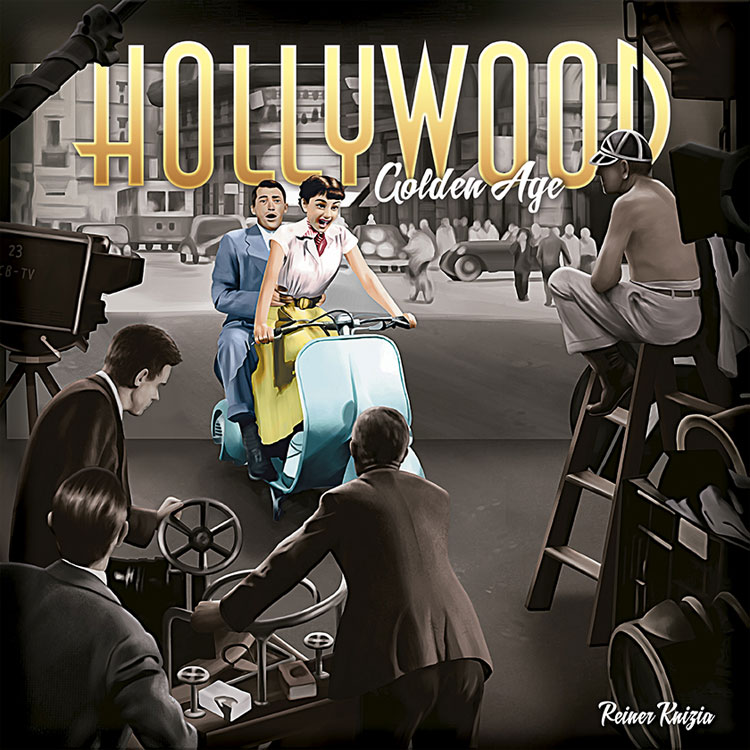 Hollywood Golden Age takes you to the mecca of cinema, in its most glorious era, so that you direct one of these great producers.
Your job will be to hire a cast that includes the most prestigious actors and actresses and the most sought-after directors, guaranteeing that your films will reap the successes necessary to rise with the victory, becoming great movie classics.

Starting with their initial three scripts, players will visit different famous Hollywood locations. At each of these stops, an auction will be held for the production records. These cards represent the different professionals of the film industry, which you will need to complete your scripts, ensuring that your films are the best valued to achieve public recognition and thus pass to the history of cinema.