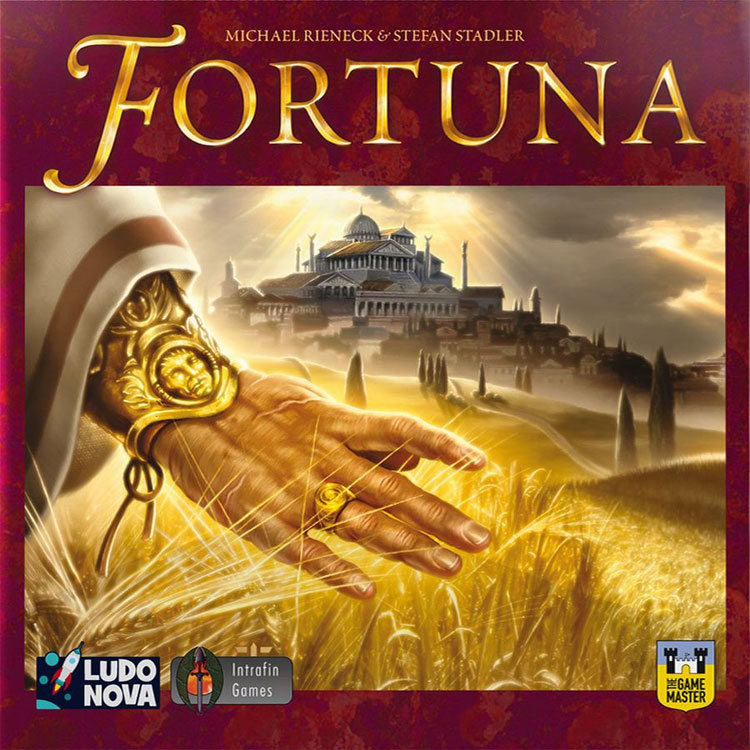 FortunaÂ is situated in the Roman Empire, during Caesar's reign.

The players are ambitious Romans striving for influence in the Roman Empire. While striving for power, happiness and wealth, they leave their own village and travel towards the City of Rome. The road to Rome is long and there are many ways to reach your life purpose. As a hardworking farmer you can work the land and grow large quantities of grain and wine. A clever farmer irrigates the land to improve the yield of his harvest. Trading your harvested goods for the best price may bring you the means to move up the ladder of the Roman hierarchy. When will you decide to move on and buy yourself an army of Centurions? Or will you choose the sacred way of Religion and serve the ruthless Roman Gods? Along the way, you will have the opportunity to find happiness and wealth in marriage. Will you take this chance to become happy or not? If you contribute well to the Roman Empire, you will grow in the favor of the Emperor and move further to Rome. Will the citizens of Rome welcome you jubilantly?

Coming nearer to Rome and the Emperor's Palace the tension in the game becomes higher. Which of the players has contributed most to the Empire? And which of the players has saved the city in times of crisis? Just when water and food supplies become exhausted or Centurions are needed to protect Rome against a hostile invasion, only the most prestigious Romans show their courage and value. The Emperor will reward this Roman with golden Fortuna coins, and the deeper the crisis, the richer the reward. When a player has reached the centre of Rome, only the player who has done most for the Emperor and the People of Rome will become Victorious.

Make sure to be in the City of Rome so you are able to take that triumphal march to Victory!