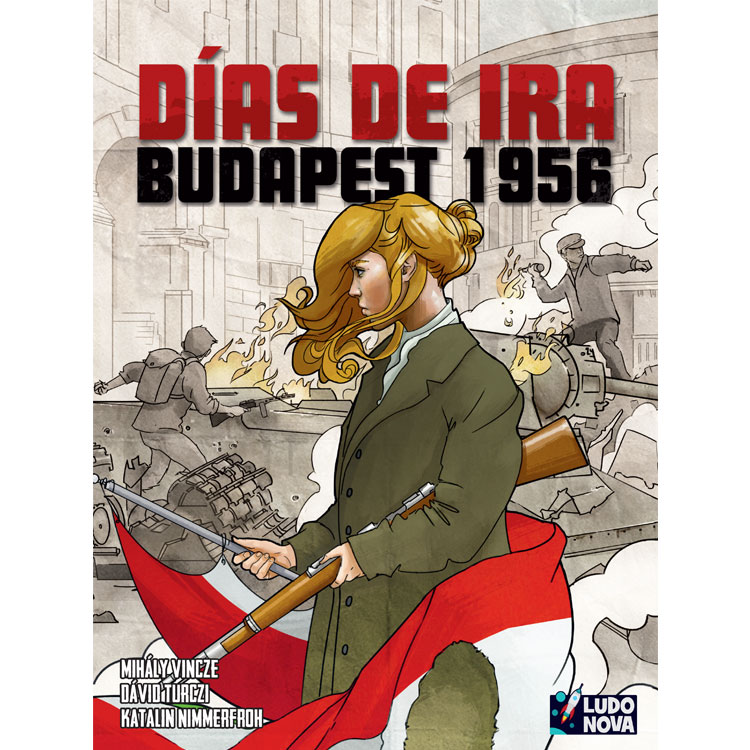 It's 1956, and waves of protest in Poland are once again showing cracks of the Eastern European communist bloc. Emboldened by these signs, students and intellectuals in Budapest, the Hungarian capital, organize a protest of previously unseen magnitudes. As the communist leadership sweeps in to kill the movement in its tracks a violent response is provoked, thus sparking the Revolution of the 23rd of October.

One player takes charge of the Soviet forces trying to shape the headlines to his liking and uses the militia and snipers of the State Protection Authority to stop the revolutionaries at all cost. The other player(s) (from 1-3 opponents) co-operatively play as the ringleaders of the revolutionary forces collecting resources (represented as icons on their cards) and recruiting other fighters to ensure the revolution's events end up in favor of their side, while fighting off tanks and soldiers in this exciting, historically inspired card driven game.